The Minister for Communications and Digitalisation of Ghana launched the ‘My Flood Risk Accra’ App, developed by HKV. The app informs citizens of Accra in a clear and intuitive way about flooding and potential consequences. As a result, citizens are better prepared in the event of flooding and its impact is reduced.

The ‘My Flood Risk Accra’ App has three main functionalities: (1) it informs citizens about the local consequences of a flood, (2) provides information (in the form of infographics) about what measures can be taken against flooding through prevention, preparedness, emergency response and remediation actions and (3) communicates official forecasts from the metrological agency GMet in case of heavy rain. The app is available on iOS (Apple App Store) and Android (Google Play Store). The metrological agency GMet will own, maintain and guide future implementation of the app.

The app is part of the ‘Development Risk Management Approaches for Climate and Health Risk’ Program, in which HKV participates alongside GIZ  and Allianz. This program focuses on the mitigation of flooding impacts and increased recovery and resilience of social functions after flooding. As part of this project, GIZ and Allianz are investigating ways to quickly pay out flood damage through insurance. Flood risk analyses by HKV serve as a basis for this program. 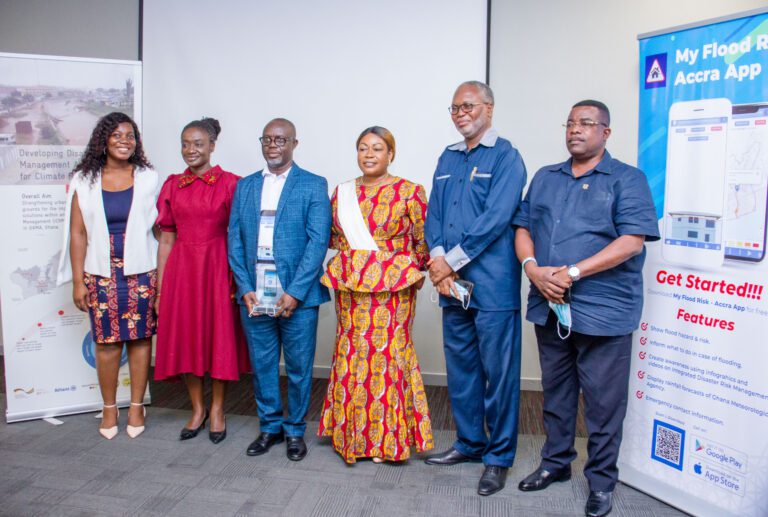