As part of the Eco-Disaster Risk Reduction project in Mozambique, Resilience BV and HKV have partnered to deliver a ‘Zambezi river watershed study and diagnosis’. The project is funded by the French Cooperation through its French Development Agency (AFD) and is implemented by the Mozambique Red Cross (CVM) with the technical support from the French Red Cross and it’s Indian Ocean Regional Intervention Platform (PIROI).

The purpose of the study is to inform on existing and future floods threats, and to propose effective measures for preventing or alleviating impacts of floods, considering preparedness-and-response actions as well as green and grey structural solutions.

The flood-prone landscape of the lower Zambezi river watershed will be studied, adopting a multi-layer analysis including the interactions and interdependencies between ecosystems and human socioeconomic systems. Stakeholders at national, regional, district and community level will be involved to assess exposure, vulnerabilities and existing coping mechanisms and capacities to manage floods. The study is mainly focused on the lower reaches of the Zambezi basin, in particular around the districts of Chinde, Luabo and Marromeu, but also the importance of upstream reservoirs such as Kariba and Cahora Bassa and basin-wide connectivity will be considered.

Photo: Floods in the lower Zambezi in Mozambique in April 2015. Picture by H. Karsten 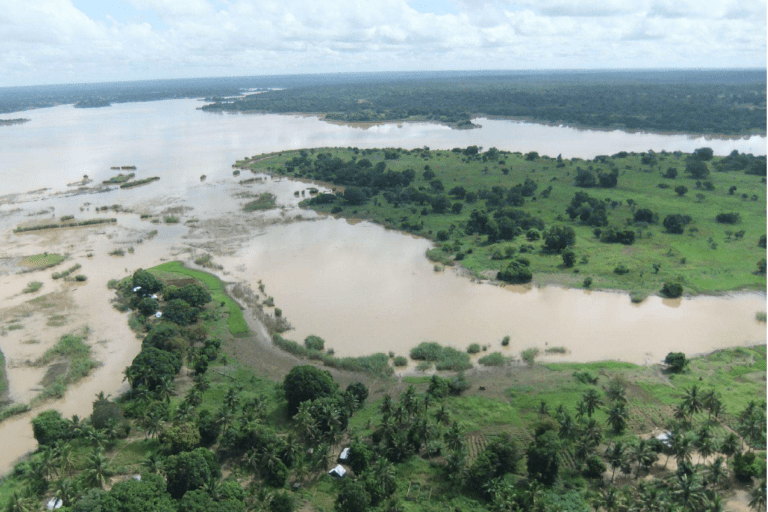